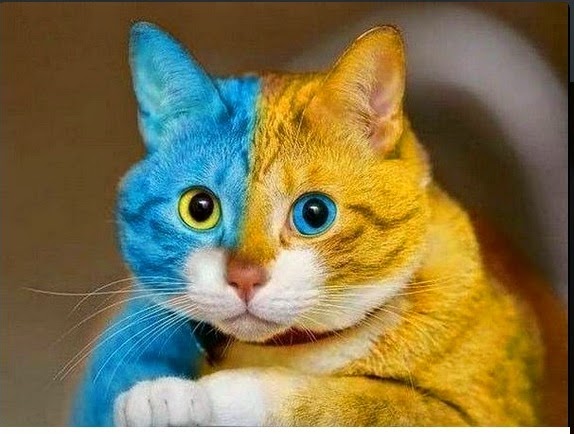 The recent Milan Summit with Ukraine, Russia and the European Union underscores once again why simple diplomacy may not be the solution to the current Ukraine-Russia crisis. That was strikingly evident from remarks made by Russian President Putin questioning arrogantly the sovereignty of Ukraine so that even Germany's Chancellor Angela Merkel felt compelled to reprimand the Russian President reminding him of the Budapest Agreement of 1994. She could have mentioned many more agreements and treaties to which Russia or its predecessor the USSR was a signatory. A signature on a legally binding document means nothing to Putin or Russia.

Ukraine's President Poroshenko, also present in Milan, is not delusional. He know that the only way to stop Russia's aggression is through deterrence, not diplomacy or an appeal to Russia's sense of what is fair. By now most Western government leaders have learned this.  Chancellor Merkel herself has come to a realization about her long time friend. Fora like the Milan summit are afforded and will continue to be proposed in order to enable President Putin to save face and acquiesce in some form of peaceful arrangement, but only when sanctions and losses by Russia become unbearable. However, for summits to have any success, Russia has to find itself in an untenable position, pressed on all sides by a depressed Russian economy, a Ukraine armed to the teeth and the West with the will and fortitude to stop Russia.

A curious phenomenon is that while Western leaders have learned the lesson of who is Putin and what is Russia, many analysts in West continue to offer delusional solutions and recommendations. Naturally, there are also pro Russian scribes with a Russian agenda. Often it is difficult to distinguish between the disingenuous and the simply delusional. Unfortunately, the distinction is often imperceptible.

Consider the following solution offered by some Western analysts: The U.S. and its NATO allies should refrain from supplying weapons to Ukraine and limit visible involvement in the conflict's military aspects while diplomatically demonstrating its support for Ukraine. This in turn will disabuse Ukraine of pursuing a military solution as well as encourage Ukraine to create a sustainable defense, rather than strive to reacquire lost territory. In turn this will bring Russia to the negotiating table with a viable and palatable offer.

The script could not have been better written in Moscow by Putin himself. This is precisely what Russia wants – a confirmation of the “status quo” and a reward for bad behavior. The result, however, is a death sentence not only for Ukraine but for the civilized world and its ideals of democracy. Having been rewarded for its aggression Russia will sit back temporarily, replenish its strength, reinvigorate its economy and within a few years move on to the next adventure. Ukraine will be the first to fall, but certainly, not the last.

This type of strategy is wrong not only morally, but strategically. Furthermore, it plays directly into Russian expectations that Russia will ultimately prevail because the West does not want conflict, while Russia actually benefits from its aggressive proclivities.  Yes, even the Russian people have been trained over centuries to be aggressors. Russia's current nine time zones are not enough.  Aggression feeds the Russian bear. Unfortunately, many analysts in the West even with the best intentions cannot comprehend the Russian mindset because it is so foreign to our own.

There is only one solution to the current Ukraine-Russia crisis – deterrence not appeasement. The West tried appeasement in the past with Hitler, with Stalin.  It was only when the West moved on to deterrence did the Soviet Union fall. Today Ukraine bears the brunt of Russia's newest aggression. Ukraine has manifested a willingness to be the West's, and, in particular, Europe's surrogate against this newest Russian adventure. Sanctions against Russian and proving both non-lethal and lethal weapons to Ukraine will stop Russia and compel it to join the negotiating table, albeit reluctantly,  with a different mindset somewhere between its customary bad faith and the good faith necessary for diplomacy to prevail. At that point diplomacy has a chance.

Putin's Russia is a cancer not unlike ISIS. The difference is that Putin decapitates and massacres  in myriad forms and often does it surreptitiously, simultaneously denying complicity. Yet every so often he and his reps feel so emboldened by the West's naivete that they do or say something outrageous. Malaysian Air Flight 17 was merely one example. Delusions about and appeasement of  Russia can only end badly.